In today’s globalized and interconnected world, Asia has become a major player in international politics. For decades, many nations in South-East Asia have strived to build stable and friendly relationships with other nations in the region, drawing on shared cultural, linguistic and geographical experiences. The current global focus on Asia as a leading economic power, political and cultural strength, and natural resources has, over time, prompted the Asian countries to look for better ways to improve economic growth and encourage political stability. 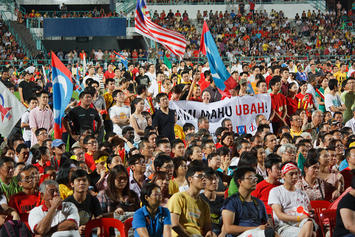 Asian Leaders’ Conferences are increasingly becoming a pre-requisite for higher education institutions in Asia-Pacific countries and the global community at large. It is in this context that the term “leadership” becomes relevant. Far from a stagnant past, Asian Leaders’ Conferences to promote dialogue and consensus towards economic, environmental, social and political priorities. This is achieved by encouraging the leaders of the countries involved in regional economic forums to participate and inter-relate, sharing personal experiences and ideas to strengthen ties between the regional groups and strengthen the ties between the different countries and communities of the world.

Leaders will be encouraged to address issues affecting their countries in the context of the global leadership scenario, including issues related to trade and economic liberalization, globalization, and diplomacy. The Asian countries will also be encouraged to look towards alternative forms of promotion of economic development, such as national development strategies and regional and local economic planning processes. The success of these regional conferences will provide a template for future regional discussions on a variety of pressing and controversial political, environmental and socio-cultural issues. Through participation in regional events, Asian leaders will be able to take stock of their own government and institutions, and learn from others regarding how best to tackle real and pressing issues, while bringing the broader perspective of the region and the world into their countries and their governments. Asian leaders will be better informed and have greater capacity to influence decisions on the international stage, making the global economy more stable and democratic.