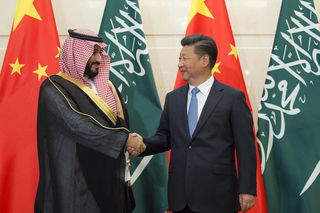 Asia is quickly becoming a major player on the world scene. Economically and socially, the Asian nations are progressing at a much faster rate than any other region in the world. The current trends in the economic growth of these countries is unprecedented with some analysts predicting that they will outpace most of the developed countries in the next decade. Whether this can be possible in the U.S., Canada or Europe is anyone’s guess as none of these countries has even been able to consolidate their recent past debt into a successful growth spurt.

But one thing is for certain and that is that Asia is experiencing much more political turbulence than most of the rest of the world. For example, Indonesia has been in the center of a tug of war between its eastern and western sections for years now with the military dictatorship ruling from behind the scenes. Meanwhile in India a general election has recently resulted in a hung parliament. And there are regional conflicts brewing with China aggressively asserting its influence in South East Asia and Japan and the Philippines fighting a proxy war against the Chinese for control of small islands there. Taiwan is also slowly integrating economically and politically into China’s fold. All this is leading to much more tension and change within the regional political arena.

The best course of action is to remain calm and watch this space. The unfortunate reality is that the United States cannot continue to sit on the sidelines and do nothing while Asia suffers the ill effects of unbalanced trade flows and policies or nuclear proliferation, which in turn brings instability to their stability. The only way to avoid such an outcome is to play an active role and ensure that trade flows and regional politics do not become a threat to Asia’s security and prosperity. There is no better time than the present to ensure that this occurs.