Although rarely discussed in the United States, Asia’s future destiny as a great power is drawing global attention and debate. China is now the world’s largest debtor, and its economy continues to grow at an amazing rate. With U.S. disengagement from the Middle East and Europe, Asia is beginning to benefit from American economic weakening. 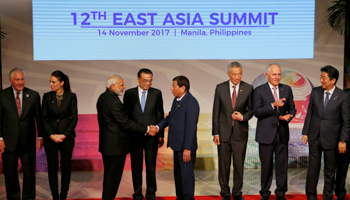 Although the future of Asian leadership is still very much up in the air, there is no doubt that China has achieved the economic goals it set for itself. Now is the time to listen to the leader of a superpower, rather than ignore their desires and actions. The current trend in Asian economics, although slow, shows no sign of slowing down, and is showing no signs of ending.

There are many voices in the world criticizing China’s growth, its trade practices and its military buildup. However, there is one nation that may have the answers. Japan is an Asian tigers – economically and militarily speaking. Japan has not only held its own against China on its own soil, but it has defeated China in a two-front battle, by installing an advanced nuclear power plant on its soil and buying huge military hardware. With the US looking to withdraw from the region completely, Japan is well placed to continue to lead the charge toward economic and political renaissance in Asia.